Ultrasonic flow meters are popular for convenient installation and good performance. How does this meter with a pairs of transducers clamp on the pipe? Today I’ll introduce the transit-time differential method, which is the working principle of ultrasonic flow meter.

First,let’s see the two transducers of the meter,from the transparent side you can see there’s white object in the transducer, 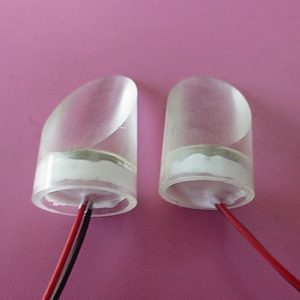 that one is the birthplace of ultrasound, which named piezoelectric crystal, it will cause the Piezoelectric Effect, which in short is that the crystal will be vibrate when electrify, and the vibration in certain frequency will cause the Ultrasound.So the piezoelectric effect in piezo crystal is used to produce a short sound pulse. An electrical pulse excites the transducers and the crystal responds with a physical ringing response much the same as a hammer on a bell. That Ultrasonic waves is transferred to the pipe wall and throughout the stream. 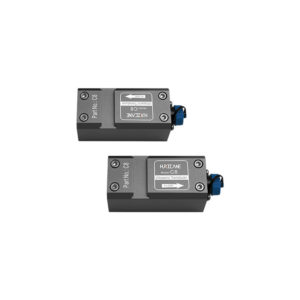 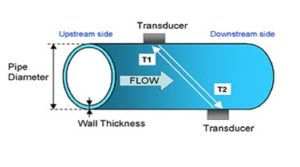